During my PhD I concentrated on scanning probe microscopy. Scanning probe microscopy uses very sharp tip (image an atomically sharp needle) is brought close to a surface. The surface is imaged by moving the tip over the sample and monitoring an interaction property. This could be the quantum mechanical tunnelling current (Scanning Tunnelling Microscopy) or the force between atoms on the tip and the sample (Atomic Force Microscopy). I have summarised a few key topics below, but my full thesis is available too.

When I first started my PhD my project was to write software which allowed STMs to automatically collect atomic resolution images without a user present. Anyone who has tried atomic resolution SPM has felt the pain of trying to get the tip in a state where it can take images. Spending often hours on end with a computer screen showing nothing but noise.

We have had some success with automating atomic resolution imaging in both vacuum and ambient conditions: 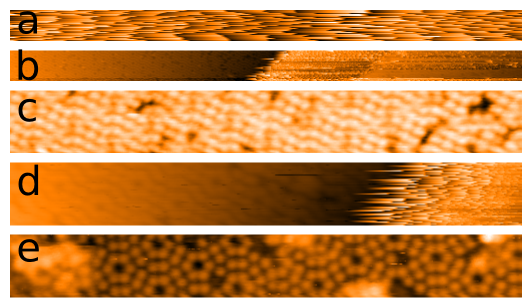 The automated imaging work on graphite was published in Applied Physics Letters under the title: “Automated probe microscopy via evolutionary optimization at the atomic scale”.

A detailed overview of the toolbox SPIW was published in the Review of Scientific instruments under the title: “Scanning probe image wizard: A toolbox for automated scanning probe microscopy data analysis”.

Many of the best AFM experiments (or at least in my opinion) have been performed with the qPlus sensor. A sensor made from a watch tuning fork, with a metal tip glued on: 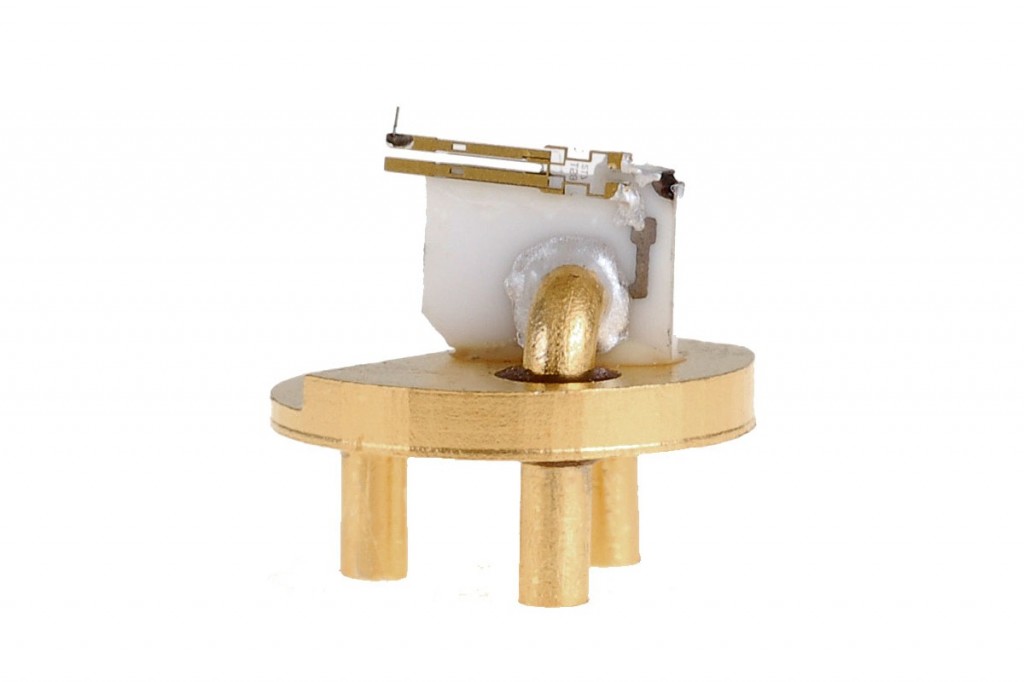 When someone asked me about the possibility of using thermal tuning to measure the spring constant of a qPlus sensor, I thought perhaps the length with affect the calculations. In short, after lots of maths, I found out that there was relatively little change to the spring constant, but the tip length causes the apex to move at an angle relative to the surface. This can lead to inaccurate force spectroscopy measurements:

This work was published in Beilstein Jounrnal of Nanotechnology under the title: “Calculation of the effect of tip geometry on noncontact atomic force microscopy using a qPlus sensor”.

My work on the coupling of lateral forces into qPlus force measurements started me thinking about the best way to avoid this problem. By making an AFM sensor based on a beam clamped at both ends with a tip in the middle, the tip’s motion (and hence the measured force) will always be normal to the beam. The design becomes more interesting when you consider the second vibrational mode of the beam, the tip is now at a node of the oscillation, and the tip apex will move parallel to the beam. This allows the sensor to work as both an AFM and an LFM sensor.

This work was published in Beilstein Jounrnal of Nanotechnology under the title: “Optimal geometry for a quartz multipurpose SPM sensor”.